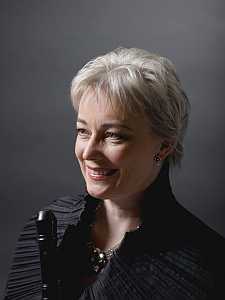 Michala Petri was born in 1958, and had her debut at age 5. She started her formal education at age 11 at "Staatliche Hochschule fur Musik und Theater" in Hannover, Germany with Professor Ferdinand Conrad.

Since then she has performed at major festivals and in concert halls around the world, as soloist with leading chamber- and symphony orchestras. Amongst musicians she has worked with are Gidon Kremer, Joshua Bell, James Galway, Keith Jarrett, Christopher Hogwood, and Claudio Abbado. Since 1992 Michala Petri has formed a duo with Danish guitarist and lute player Lars Hannibal, with whom she also performs worldwide. In 2013 she also formed a Duo with harpsichordist Mahan Esfahani,- their first release was “Corelli – La Follia” in autumn 2014

Michala Petri`s repertoire spans from early baroque to contemporary music, and her vivid interest in expanding the expressive possibilities of her instrument has made her an inspiration for many of todays composers. She has premiered more than 150 works.

Michala Petri has received many of her country’s highest civilian honours including the prestigious Léonie Sonning Music Prize in 2000, and was awarded the 1.rank of Knight of Dannebrog in 2011. In September 2012 Michala Petri was appointed Honorary Professor at the Royal Academy of Music in Copenhagen.