Which Recorder to Buy?

When first learning how to play the recorder, a plastic one is recommended.

Alto Recorder: the Yamaha model YRA-312BII, is shown below. This has an imitation woodgrain finish, and the classic baroque recorder profile. More importantly, the intonation is good, the instrument responds evenly from the lowest to the highest notes. 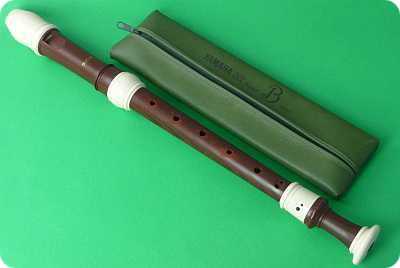 Soprano Recorder: the Yamaha model YRS-312B III shown below is recommended. Similar to the Yamaha plastic alto, this instrument is reliable across the entire range. The lessons on this site can be done on these instruments, which are also good enough to be used with recorder groups and workshops. 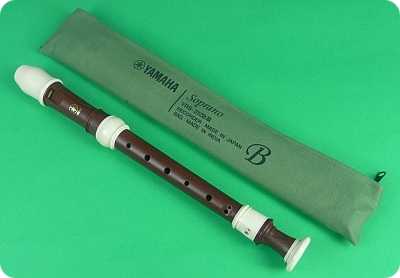 Tenor Recorder: recorder groups and workshops always need tenor recorder players. Better still, the tenor parts are often easier and less exposed than the higher soprano parts. So, a tenor recorder is good to have. A common tenor recorder issue is the wider finger stretch needed. This can be addressed by using a key to cover the lowest hole. However this often means that a low C# cannot be played.

The Yamaha YRT-304B II plastic tenor, shown below, has a lowest hole key to reduce finger stretch. However a "double key" mechanism allows the low C# to be played, essentially providing the best of both worlds. 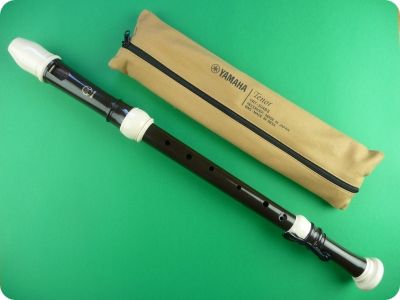 Bass Recorder: an easy way to be popular in a recorder group is to play bass. Older style bass recorders could challenging, with large finger stretches and variable intonation. Newer style basses, like the Yamaha YRB-302B II shown below, are much easier to play, for two reasons. First, the "crook" style neck reduces the reach to the finger holes, so that smaller players can more eaily manage the instrument. Second, the various keys reduce finger stretch. The Yamaha plastic bass plays easily across the entire range, with good intonation. 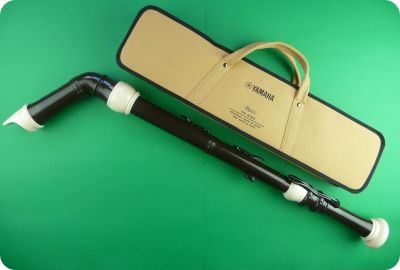