Recorder Performance - preparing for the stage

Some recorder players are happy to play alone. Others enjoy communal playing events, recorder society evenings or informal music get togethers. Many perform as well, or at least consider doing so. The following will help first timers preparing for the stage, and those wanting to improve future performances.

For some the fear of public performance, either speaking or on instruments, rules these events out. Fair enough. That said, little matches the satisfaction had from playing music well to a audience gathered to hear it. While performances range from a paying audiences in a large concert hall, to family and friends after a dinner party, the basic elements are the same.

Let's consider Ruth and Martha, who have played recorder for a year or so, and meet occasionally for duets. After some discussions over cups of tea, they decide to perform. They organise a dinner party with mutual friends, planned for a month hence. They announce their intention to play.

The announcement seals their commitment to the event. To avoiding testing the patience of their audience they choose a short program, two pieces only. They prepare a third piece, in case they are asked for more. 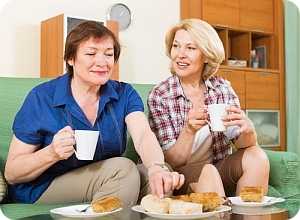 Beginners often perform pieces they can barely manage. This is a mistake. Much wiser to choose pieces which are easily played, they will sound far better. Beginners should expect to be a little nervous, this will impact the performance somewhat. An easily managed piece can absorb these uncertainties, a more challenging piece may not.

I remember being quite nervous before my first recital. We had chosen demanding pieces, a sign of our inexperience. Fortunately I had practised my parts so much that they could run on auto-pilot. It turns out they did. We performed in a church with a tin roof, the heavens opened just as we started. I could barely hear the other players but we got through OK.

Back to Ruth and Martha. They meet weekly to rehearse, for an hour and a half. After three rehearsals they can manage the pieces confidently. The final rehearsal is just a day before the dinner party, a wise move. Here they work through the details. They decide share a single music stand, to save space. Ruth will count in each piece, they practice their starts a few times. They place the stand and the music exactly where it will be on the night, have a short break, then play through the pieces as if it were the actual performance.

A strange thing happens. They suddenly feel a little nervous, even though they are alone. This comes from the pressure to get it right, because tomorrow it must be. They play the pieces nonetheless, all goes well.

The day of the show they are both busy, with family and dinner preparations. However they each take a half hour to play some simple exercises, then play their respective parts. Finally their friends arrive, the dinner starts. An excellent bottle of red is opened, they wisely decline. After the main course, they each place the head joint of their recorder inside a sleeve, to warm it up. Martha looks at Ruth, they both nod. Martha tinkles her glass, the chatter stops. She tells the story of their recorder lessons, and their plans for this performance. They assemble their instruments, taking care that the joints are correctly aligned.

The stand goes to its pre-arranged spot. Ruth notices her hands shaking a little. Martha counts in the first piece, they start. It doesn't go quite as well as the previous day, but good enough. Their friends certainly don't know, their applause is generous. Martha smiles a little, then counts in the second piece. This one is better. The audience seems to have disappeared, all that exists is the two recorders and the shared music. 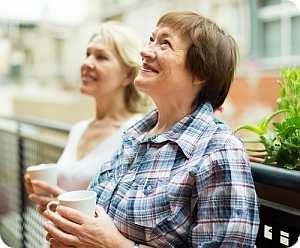 More applause, Ruth and Martha take their seats. And a glass of red. Their friends are impressed, it has been a good event. The following day Ruth and Martha meet for coffee, and a happy debrief. They decide to rehearse weekly, and to perform again at a recorder society players night in six weeks time.

The (fictional) account above outlines good performance preparation. From the most humble performance to the most grand, the basic elements are the same. Choosing pieces which lie within the performer's ability, carefully planning the logistics (music stand placements, handling music, cues), a dress rehearsal which mimics the performance and a final practice of individual parts on the day.

Hopefully your show will go as well as Ruth and Martha's

And, if playing recorder sounds like fun, that's because it is.