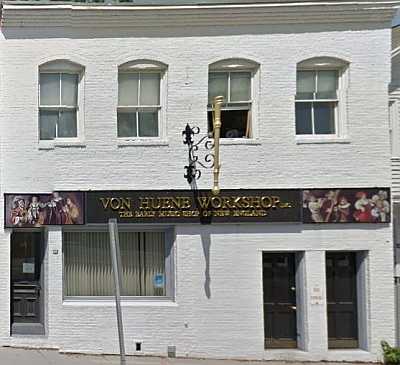 Founded in 1960 by Frederich and Ingeborg von Huene, the Von Heune Workshop is perhaps the most famous recorder shop in the world.

Frederich Von Heune was a modern pioneer in high quality recorder making, responsible for the design of the iconic Moeck Rottenberg model. The Von Heune instruments are now made by his eldest son Patrick.

High end von Heune recorders are part of the product range from the Early Music Shop of New England, run from the same premises. Their stock includes new instruments from major manufacturers, such as Mollenhauer and Moeck, as well as instruments from smaller high quality recorder workshops, such as Blezinger and Aesthe. There is an extensive sheet music collection and used instrument agency.

Von Heune has a worldwide client base, most instruments arrive via post. Multiple instruments can be sent on approval, allowing customers some choice.

Go to the Von Heune site